We are all just humans, and we have all committed a beauty sin or two owing to ignorance, laziness, or other reasons. These are some things to keep in mind during your next makeup session. 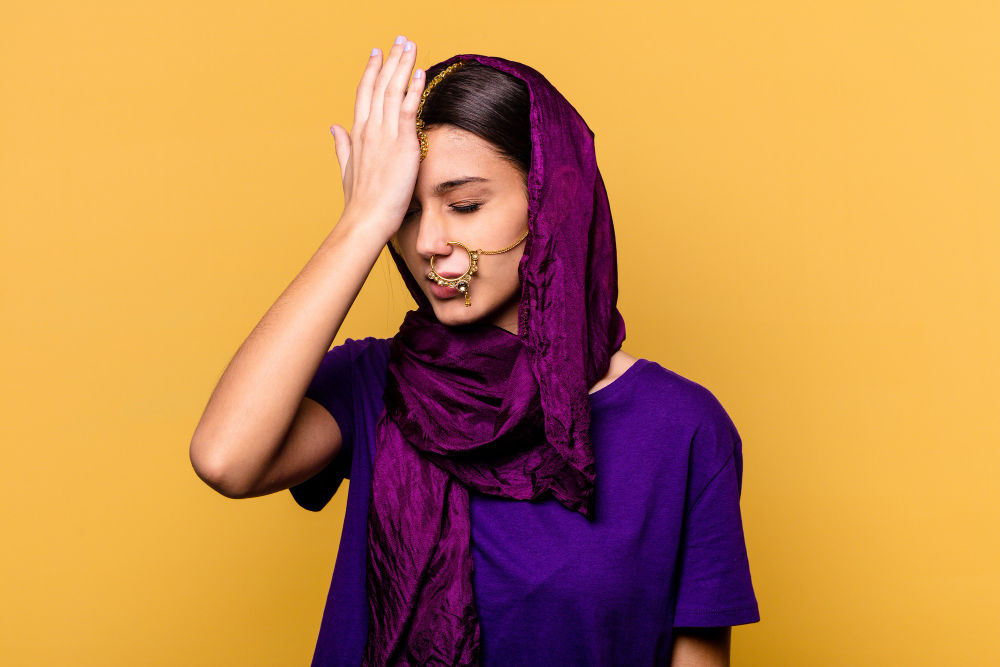 The last thing we want to do is judge people, especially when it comes to someone’s appearance. But no matter how hard you try, it’s almost impossible to overlook a disastrous make-up job. Even worse, if that person is you! God, it’s time for a solution.

Of all, we are all just humans, and we have all committed a beauty sin or two owing to ignorance, laziness, or other reasons. It doesn't matter if we spend hours in front of the mirror or just have two minutes in the morning to apply makeup – we must get flawless results.

So, we've compiled a list of the worst, shockingly common makeup blunders to avoid at all costs.

The Most Common Makeup Mistakes to Avoid.

1: Not Using A Primer & Moisturiser.

Foundation formulations that can give you an airbrushed look are typically quite costly and out of reach for most people. As a result, every makeup artist will advise you to use a primer before applying your foundation. A primer helps to minimize the appearance of acne and acne markings by sealing pores, smoothing pre-foundation skin, reducing redness, and reducing the appearance of acne and acne marks. Skipping out on a primer is one of the most frequent cosmetic errors to avoid, since it may result in a washed-out, uneven look, as well as making your foundation less effective and lighter than the base tone you were going for.

Primers improve the ability of your foundation to give you a perfect appearance while also extending the time it lasts throughout the day. It's also crucial to use a moisturizer before applying the primer. Because most makeup dries out your skin, skipping the moisturizer is a cosmetic error that can result in a dry, flaky appearance. As a result, moisturizer comes first, followed by primer, and then foundation.

2: Not Doing Your Lips Last.

Your lipstick should be the final step in your makeup routine. If you do it any other way, you'll end up with unclear lip lines, a hazy hue, or, worst of all, powder on your lips. Furthermore, applying primer and foundation to your lips before reaching for the lipstick creates a clean canvas on which to paint your lips, and failing to do so can result in a smeared, flaky look, as well as a lip color that won't last.

3: Using a Significantly Lighter Foundation Than Your Natural Skin Tone.

One of the most common makeup blunders is choosing the wrong foundation shade, which makes your face look as if it doesn't belong to the rest of your body. A super-light foundation, especially for Indian skin tones, will make your face seem ashy and off-color, leaving a grey cast on your makeup. A bad foundation color may also make your face look much too over-done, despite your makeup goals being the polar opposite of what we usually aim for as a work-appropriate look.

If you genuinely want to achieve a perfect, no-makeup look, one of the worst make-up blunders to avoid is incorrect or insufficient blending. Your makeup will seem everything but natural if your foundation and blush lines are evident. Paying too little attention to blending might result in your face looking cakey, blotchy, and odd. Instead, make blending a must-do phase in your makeup process, using your blending tool in circular movements to properly distribute the product over your face.

5: Doing Both Eyes and Lips.

This is a makeup faux pas that will destroy all of your hard work in achieving the desired look and make you appear as though you're trying much too hard. One of the long-standing golden laws of makeup is that we should each choose only one of the two options of bold eyes and statement lips, rather than attempting both at the same time. While recent makeup trends have seen looks that allow you to play up both, it's vital to keep in mind the severity of said playing up, as well as whether or not such a look is suited for the occasion. However, as a general guideline and for everyday makeup, focus on one feature that you want to draw attention to and leave the other alone.

Makeup is difficult, and because not everyone will tell you the truth, you could be the last to notice something is off. Especially if you've been doing your face for years in the same way. Avoiding these simple make-up disasters can up your game a thousand times.

Understanding your skin type and how it responds to different situations or seasons is the most essential step in caring...

How custom skincare is changing the skincare industry for good

Have you ever suggested a skin product that did wonders to your skin to someone and they give a thumbs...

What are the different kind of Makeups available for Indian Brides

Makeup has been reimagined, and it is now regarded as an enhancement rather than a mask for your inherent beauty....

How to Find the Right Hair Color for Your Skin Tone

This article will help you find the right hair color for your skin tone. You can visit a salon and...

When it comes to creating makeup looks and deciding which products are ideal to apply each day, there's a lot...

How much water do you consume on a daily basis? You're not drinking enough if you don't consume at least...